Renewable energy production, particularly from sources such as solar and wind, has increased like never before; but unfortunately, it is intermittent because of its weather dependence. This can cause serious gaps in electricity supply. One possible solution is storage. If renewable electricity generated from intermittent sources can be stored, it could then be utilized at times when there is no generation. Unfortunately, technology capable of storing large amount of electricity is still being developed.

High capacity storage facilities will improve the reliability of power supply during the course of natural disasters. It will maintain and improve power quality, frequency and voltage which is now required for almost every segment like smart homes, electric vehicles, stationary and grid applications, etc.

Infrastructure needed for electricity storage is in the range of Giga Watts but it is available in Kilo Watts range, which means only ~2% of generated power can be stored. Electricity generation facilities are abundantly available as compared to electricity storage infrastructure which is still a subject of research. Electricity storage facilities were never considered an important factor earlier but now, as the demand for smart cities, intelligent infrastructure, green environment and electric vehicles has increased, this requirement too has become very critical. Such an infrastructure will provide a continuous and flexible power supply for consumers while continuing to be more of renewable energy and less of fossil fuels with reduced carbon-dioxide emissions.

Storage technologies are of two types:

Electricity storage can directly drive rapid decarbonisation in key segments of energy usage. In transport, the viability of using battery in electric vehicles for storing electricity is improving rapidly. Stationary electricity storage can provide a range of energy services in an affordable manner. As the cost of emerging technologies falls further, storage will become increasingly competitive, and the range of economical services that it can provide is only set to increase.

In future, energy systems will rely on a large array of services based on effective and economical electricity storage. This plethora of service needs, with varying performance requirements, implies an important opportunity for different storage technologies.

Total electricity storage capacity is set to triple in energy terms by 2030, in case countries proceed to double the share of renewables in the world’s energy system.

Kagra Inc., a Japan based battery manufacturer and a pioneer in capacitor

Kyocera Corp., a Japanese ceramics and electronics manufacturer and 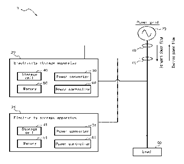 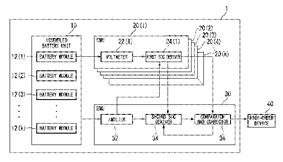 According to DOE’s Global Energy Storage Database, the following is a list of featured projects in electricity storage area.

This project aims to build a large-scale hybrid battery system using lithium-ion batteries and NAS® batteries (sodium-sulfur batteries) used to stabilize the distribution grid and control the balance between electric power supply and demand, by charging and discharging storage batteries. Another aim is to establish a new business model for electricity trading using the battery system.

Tesla announced a partnership with Infigen Energy revealing plans to add a 25MW/52MWh energy storage system at its Lake Bonney wind farm in South Australia. The Power pack battery energy storage system (BESS) will be located adjacent to the 278.5MW Lake Bonney wind farm and connected to the grid via the existing Mayurra substation owned by ElectraNet.

Dubai Electricity and Water Authority (DEWA) has launched a pilot project to install and test a 1.2MW/7.2MWh Sodium Sulfur Battery Energy Storage System (NaS BESS), at the Mohammed bin Rashid Al Maktoum Solar Park, which is the largest single-site solar park in the world. DEWA will connect the storage systems to its grid. The project in cooperation with Amplex Emirates supports DEWA’s efforts to promote clean-energy production and storage technologies.

These are global companies which are investing in electricity storage systems.

Electricity storage is needed to smooth out the variable loads and maintain reliability. The ideal storage technology depends on the need and application. Large-scale storage will require deployment of billions of dollars to accommodate a grid characterized by renewable energy. Many storage technologies are available but are limited in number on an economic scale. Battery costs, although falling rapidly, continue to remain high at present with applications mainly found in off-grid markets, transport and behind-the-meter uses. As costs fall further, batteries will provide more grid services. Many startups and corporate companies are partnering to explore the area and create a strong hold in this market segment. As the world is looking at smart technologies, electro-chemical based electricity storage technologies are the best available alternatives.

GET THE BROCHURE Download the pdf file of latest update for this service.

Please feel free to contact us. We will get back to you within 1-2 business days. Or just call us now

Explore current openings at SciTech Patent Art here. Work with the best and learn a lot of new things

Contact us for your business inquiries related to patentability, freedom to operate, invalidity searches, patent landscapes and patent drafting

SciTech Patent Art is a big data analytics firm specializing in technology research and analytics. We use innovative AI tools and techniques such as deep web search, and other big data analytics to extract insights from patent and scientific literature, product labels, company websites and other types of information.

This website uses cookies to improve your experience while you navigate through the website. Out of these cookies, the cookies that are categorized as necessary are stored on your browser as they are essential for the working of basic functionalities of the website. We also use third-party cookies that help us analyze and understand how you use this website. These cookies will be stored in your browser only with your consent. You also have the option to opt-out of these cookies. But opting out of some of these cookies may have an effect on your browsing experience.
Necessary Always Enabled
Necessary cookies are absolutely essential for the website to function properly. This category only includes cookies that ensures basic functionalities and security features of the website. These cookies do not store any personal information.
Non-necessary
Any cookies that may not be particularly necessary for the website to function and is used specifically to collect user personal data via analytics, ads, other embedded contents are termed as non-necessary cookies. It is mandatory to procure user consent prior to running these cookies on your website.
SAVE & ACCEPT